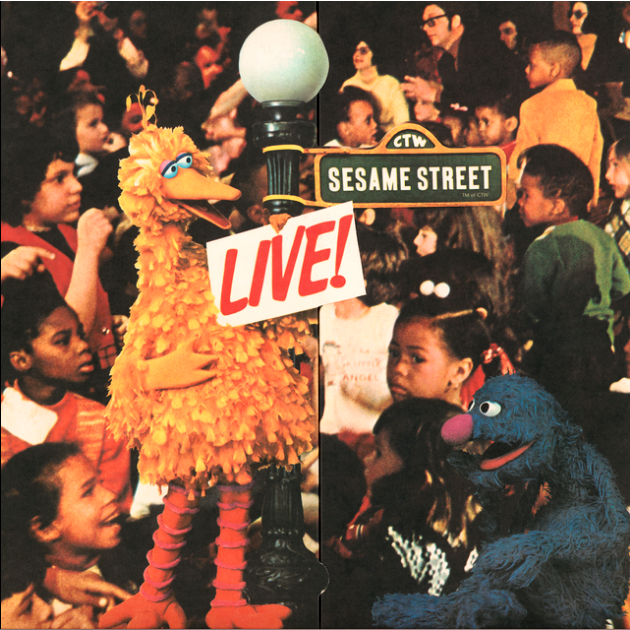 Featuring the Voices of Edit

Will Lee as Mr. Hooper

And Loretta Long as Susan

The front of the sleeve contained a cut-out of Big Bird standing next to the Sesame Street lightpost which, when opened, would fold over and create a new scene with the picture on the other side. The packaging also included a large poster, created by Terry Anderson, featuring the lyrics to all of the songs, as well as cartoon drawings of the characters. In 1976, this album was released on a set of consecutively numbered 45's. A book of sheet music of songs from the album was available separately. This album reached #211 on Billboard's Bubbling Under the Top LP's chart. It won a Grammy Award for Best Recording for Children. In 1977 the album was reissued as Concert: On Stage-Live!.

Retrieved from "https://wimzieshouse.fandom.com/wiki/Sesame_Street_LIVE!?oldid=4718"
Community content is available under CC-BY-SA unless otherwise noted.