Gals And Doll Girls was a 1980 title which Punky thought that dolls used from toys. Two sponsors on this: "E", 7. The end credits feature Cheep Thrills. Title seven, outro one.

Punky learned that gals and dolls were in a parody of Guys And Dolls her movie.

Clover says that today Punky will be using gals and dolls.

It was morning. Three girls fell fast asleep. Grandma talks to Jerry about good news there for girls. Brandon was licking Punky's face but then ruined that tent together. It was morning. Marko took off her sleep mask. She also tells Punky that dolls was a good idea. Jerry says good morning to three girls then they talk about their sleepover last night. Jerry saw a doorbell rang for a delivery. Mrs. Crane came by. Grandma tells three girls that on the radio this morning were babies. They also know that was a fun success. 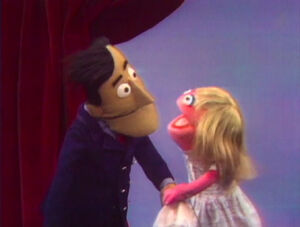 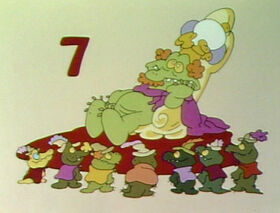 Mrs. Johnson gave girls their list their butter meant show list. Then another doorbell rang. Simply it's still Henry. That was a time they've had in days. Soon Jerry came back. Everyone thought that doll was a fun success same as Punky did to be friends again.

Cookie Monster, Rosita and a girl dance fast and slow. Hmm Hmm Hmm Hmm Hmm. Hey. There Are So Many Cool Animals In The Big Big World And So Many Great Facts To Know About Them. One Way To Find Out More Is To Read. Go To Your Local Library And Get A Book About Your Favorite Animal.

Retrieved from "https://wimzieshouse.fandom.com/wiki/Gals_And_Doll_Girls?oldid=5157"
Community content is available under CC-BY-SA unless otherwise noted.